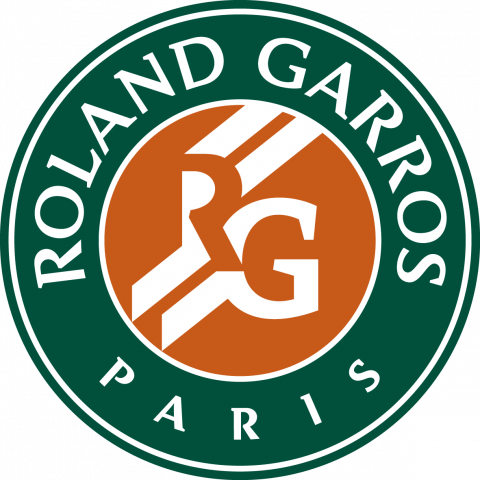 At the age of thirty five, the German opposed against Djokovic today never ceases to amaze with his longevity. Does he have a secret? The first explanation is named Carlos Costa. No, not the agent of Nadal, but a Portuguese namesake of twenty-six years old who is the physio of Haas. "He shadows me, always ready to take care of my body, " says the German veteran. It is also necessary that the body follows the proper treatment to deal with the high levels of stress of competition, especially at an advanced age. "My dose of physical training varies greatly, depending on the period and the goal", he said after his quick victory against Youzhny in the fourth round on Monday. "If it is two weeks without tournaments, then we must work hard in the gym everyday. During the tournaments, it's a different story. The regime focuses on massages, stretching, and other exercises to avoid injuries." Haas is reported to be a tough guy. "When in training, an almost daily intense workout of 1-1/2 to 2 hours is necessary. Any longer than that risks leading to burn-out." German by birth, Haas has also acquired citizenship in his adopted country. In Florida, where he now lives, he has found the ideal conditions to build this great union. "Wherever I go, it's full of great athletes and we do not miss competition. With good people, good music, it's easier to work. "We are heading to Bradenton for all those who like to suffer with a smile. But should he do more than his younger rivals? "I hope not", he replied the day before yesterday with a smile. Not so sure ... 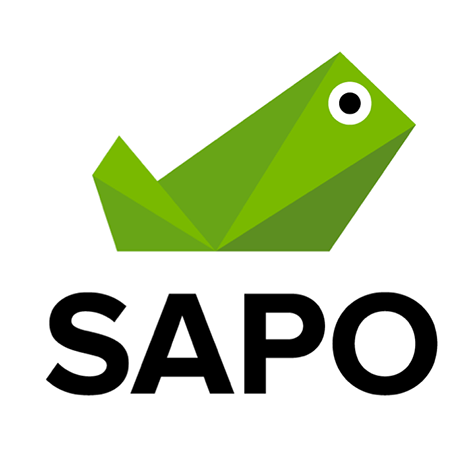 Young Portuguese aged 27 works as a full time physiotherapist for Tommy Haas. He also works as physiotherapist for the national team at Davis Cup and Fed Cup. This name, Carlos Costa, may not mean anything for most people but in the tennis world, this physiotherapist who is only 27 years old, is one of the most coveted professionals, who has embraced his career almost by chance. “I have been connected to sport since a very early stage as sport is an area that always been part of my life and has always fascinated me. I started my sports life swimming and entered lots of competitions until I reached the competition at high level. Besides swimming I also played soccer, did mountain bike and, later, taking ‘Pistol Pete [Sampras]’ and Agassi models and encouraged by my father and by my godfather I decided to learn how to play tennis.”, he started to remind by an email from Miami, where he is with the German Tommy Haas, working permanently. Because of his passion for sport, Carlos Costa discovered in physiotherapy the way to work with different athletes from “hockey, basketball, soccer, swimming, windsurf”. Tennis appeared unexpectedly when he was invited by an ATP ex-physiotherapist to work with him. “Due to my god professional performance the first opportunities to work with tennis players on the Tour appeared. This way I became more involved in tennis”, he remembered. At the age of 27 this Portuguese physiotherapist that also works for the nationals team at Davis Cup and Fed Cup has an enviable curriculum which includes the former number one, Ana Ivanovic, and more recently Haas, for the third consecutive year. “Simultaneously I’ve also worked as a physiotherapist for MercedezCup at Stuttgart and did rehabilitation to other players like Toma Berdych, Frantisek Cermak, Karol Beck, Andre Begeman, among others.”, he added. Carlos Costa made sports turn into his professional guideline. He did internship in Sports Medicine while taking a degree in Physiotherapy, he also worked in Fitness to improve this the exercises, besides, completed a Postgraduate study in Traditional Chinese Medicine and, by the end of the last year, a Postgraduation in Structural Osteopathy. This is no doubt, an added value to complement his knowledge and increase the variety of methods/techniques he’s been used so far. Perfeccionism and Demand Carlos Costa is a discreet and reserved person and refuses to point out the secrets for his success. Instead, he points out his main vertues to be a perfeccionist and very curious, to keep on increasing his knowledge, to be demanding and mainly to love challenges. His greatest challenge, at the moment, consist of working for Tommy Haas, the German veteran tennis player, who, according to Carlos Costa’s opinion is a very demanding player. Although Carlos assures that is daily life is similar to anyone else’s, the Portuguese on top of world tennis recognizes that travelling permanently makes the levels of his daily life more demanding. Carlos Costa as considered the most important moment in his career the tennis match, on the grass court of Halle, in 2012, when Tommy Haaas defeated Roger Federer. “The funniest story that happened to me occurred a few time after I had started working for Tommy. He asked me to drive a car and I had an accident immediately after his request. I had no idea about the place where I was, in such a big city like Los Angeles, I didn’t have a mobile phone with me and I didn’t know who was the car owner”, and there was a story to tell the German player. At the moment, Carlos Costa doesn’t want to set clear objectives to his future, every goal is being achieved at the right time. “ What moves me is primarily the success of athlete that I’m working for. Obviously, I will be very happy in case he/she wins a tournament as that is the result of my effort and professional dedication”, the young Portuguese said. Now he doesn’t intend to replace tennis for any sport. 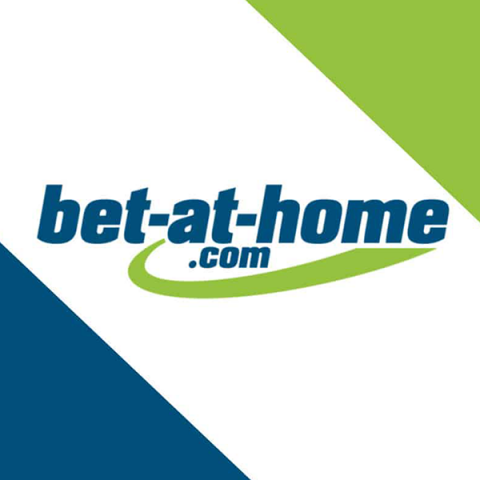 At the age of 34 people usually say that you are young, if you are a professional athlete things look different. Most athlets can count the days on their hand, on which nothing hurts in the morning. Tommy Haas knows that feeling. So that the man from Hamburg can play on such a high level, like he did lately in Halle, as well as at the Bet-At-Home Open, one person is needed: Carlos Costa. The physio has a lot to do on a competition day with "Oldie" Haas. In the morning they start with a mobilisation before the training starts. After having trained in the morning and in the afternoon they stretch and in the evening Costa does a manual therapy to treat functional disorders of muscles, nerves, and joints. Everything will end up with a massage. When Costa started, the body of Haas was in a worse condition. "In the beginning of our cooperation he had pains in his lower back, his hips and his knee. Now the pain is almost gone and we can see that in his movement on court." The body is keeping up and this is why Costa believes that Tommy can succed here in Hamburg. 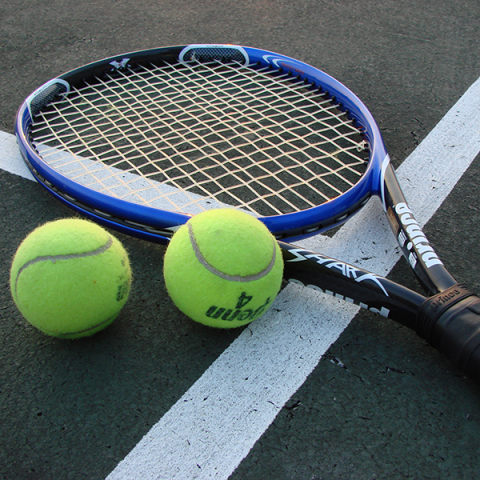 He is only 25 years old but for Tommy he is one of the most important persons on the ATP tour: his physio Carlos Costa from close to Porto in Portugal. In the interview for the TennisFan he talked about is daily routine with Tommy at the tournament in hamburg at the Rothenbaum. TennisFan: Carlos, how long have you been taking care of Tommy? Carlos: We have been working together since Paris 2012.The french open was our first try out week to see if the both of us are on the same page,since then I have been travelling with him around the world. TennisFan: How is a typical day here at Rothenbaum? What is your usual agenda? Carlos : The intensity of our work, depends on Tommy; if he has a match that day or a day off. The match against John Ysner in Paris with the scoreline 10:8 in the fith set was very hard for Tommy. This is when I have to do a lot of work for his recovery. TennisFan: Is he a grateful patient? Carlos : The only thing that distinguishes him from the top 5 players of the world is that he is not ranked in the top 5 in the world. But his seriousness and professionalism, is of that type of a top 5 player. I mean, only five can be in the top 5. Concerning the attitude and the daily work the Top 5 should be .... This proves how professional Tommy is. This is why he is so demanding, but that’s the reason why I am working for him. TennisFan: How is the practical side? What does he want from you? Or the otherway around - you from him? Carlos: In the morning, before the training, my day starts by putting on Kinesiotape on the knee and back area. I also tape the ankles multiple times a day, as a prevention. Before the tennis starts on the court we start with warming up his body. TennisFan: And then? Carlos: After the practice we mobilize the whole body, and we do some strengthening exercises, specially designed for his back and his legs. If there is no match on the same day, we repete the procedure in the afternoon. TennisFan: How long does a pure physiotherapy treatment take during a day? Carlos: There is not a day that goes by where Tommy doesnt work 3 -3,5 hours on his fitness. In addition he plays tennis 3-4h every day. Carlos, thank you for this infos. We wish you a great success